Eagles are known to prey on other bird’s chicks and eggs, and the Blue Heron is no exception. When eagles swoop in, Blue Herons have no choice but to flee, leaving their nest unprotected. The eagle will snatch an egg or a heron chick and fly away with it. You’d expect the herons to live as far away as possible from eagle nesting territory. However, the opposite is happening, herons are actually trying to get as close as they can. If eagles prey on Blue Heron young, why would they build a nest colony right next to an eagle’s territory?

There’s a tradeoff between the two birds when this happens, called predator protection hypothesis. Eagles are fiercely territorial. If another eagle approaches their nest, they will chase them out. If a heron nesting colony is built in an eagle’s territory, it’s guaranteed that they might lose a few young, but the benefit of having the eagle’s protection outweighs the consequences.

Herons aren’t the only animals that use this tactic. Arctic geese have been known to nest close to owls and peregrine falcons, and in Italy, wood pigeons nest right next to hobby falcons.

A study done at the University in British Columbia looked at 1,165 heron nests. They found that 70 percent of those nests were found in the three large colonies, all of which had eagle nests near it. When eagles moved to new nesting locations, the herons followed. Studies also show that the average heron reproductive success was 1.62 fledglings per nest when an eagle pair was around, and 1.11 after winds took out the eagles’ nest, showing us that this seemingly dangerous strategy works. 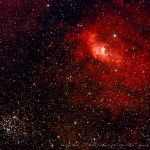 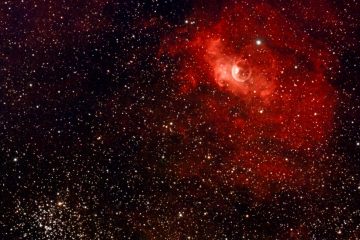