How B Cells Contribute to COVID Immunity

One good thing about SARS-CoV-2 is that there is rarely ever re-infection, though many are still falling ill. This points to a positive aspect about immunity: there might be long-term memory in the immune response to the virus. However, immune response can get extremely complicated, and research is still scarce. We will take a closer look at all the promising reasons as to why we might have long term immunity.

The immune reaction requires the coordinated activity of a variety of cell types. There’s an innate immune reaction that’s triggered when cells sense they’re infected. Various cells present pieces of protein to immune cells to alert them to the identity of the invader. B cells produce antibodies, while differing types of T cells perform functions like coordinating the response and eliminating infected cells. Throughout all of this, a spread of signaling molecules modulate the strength of the immune attack and induce inflammatory responses. T cells have the special ability to “remember” pieces of the virus by storing them into memory T cells. Something similar happens with antibody-producing B cells, they have the ability to express specialized subtypes of antibodies. Lucky for us, we can identify their presence.

A study with around forty six participants showed that months after infection, T cells still recognized at least four different viral proteins, which is good news given that the variants of the spike protein are still evolving. T cells that specialize in eating up infected cells were present but most of them had been converted to a memory-maintaining form. The number of cells went down over time, with a half-life of roughly 125 days.

This shows that there are clear signs of the establishment of memory. It does decline over time, but not rapidly enough for immunity to be lost within a year. On the other hand, for most of the cell types examined, there were some individuals whose cell memory seemed to be gone in half a year.

Another study tracked B cells, which can also retain memory by saving antibody subtypes. Overall, the levels of antibodies specific to the viral spike protein dropped after infection with a half-life of 100 days, and the number of memory B cells increased over that time, and stayed at a certain level starting 120 days post-infection.

Once again, a small population of covid patients were selected to be monitored. Like the study with the T cell, the antibody levels started decreasing in the months following the infection. Those with ongoing symptoms tended to have higher levels of antibodies. Something unique that was occurring in the B cells was that the antibodies were changing over time – genes that code for the antibody picked up mutations – helping to improve the immune response in the future. Basically, new antibody genes were arising from the mutations, and were constantly adapting.

Once again, these are small studies that might not be super accurate. But the results are looking great: there are signs of long term immunity and our immune system seems to be sharpening its defenses against SARS CoV-2. 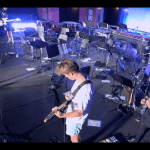 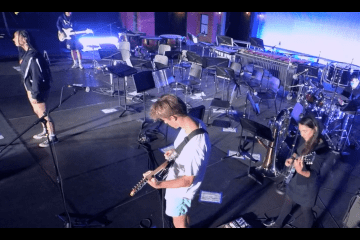