On Friday, September 20, over 1.4 million students worldwide walked out of class to support a student led climate strike inspired by 16 year old Greta Thunburg, who began the movement to raise climate awareness. However, only a handful of students at Sacred Heart participated in this monumental event. Some students at SHP weren’t even aware that the strike was happening since the event was not widely broadcast or promoted at school.

Matthew Carroll, Director of service learning at SHP, recognizes the issue of climate change and claims that “it’s going take strength in numbers to get anything done. At the end of the day what [it] depends on…  is nothing less than the fate of our planet.” Since the recent movement is concerning an issue that is arguably one of the most prevalent of today’s problems, SHP is called to promote more care and awareness within its community.

Some students at SHP are more politically active than others; for example Alexia Gutierrez ‘20 is one of the few SHP students who recently participated in the climate strike. Gutierrez is one of the leaders of PASH(Political Advocates of the Sacred Heart), and although she is a strong activist herself, she acknowledges that “there’s not a very strong culture around activism here, even though it’s like a very simple thing you can grasp onto because there are so many outlets on campus.”

The climate strike has not been the only example of a lack of participation by the student body. The March for our Lives march, which occurred on March 24, and fought for gun control in the US was another event that lacked student participation. Mr. Carroll commented that “most of our students are not taking time out of their day to go and protest or to march… Even the march for our lives gun control one, for that one we probably had 50 or 60 students participate, but that means that we also had 550 who didn’t.” Despite the great importance and national recognition of this march, many students at Sacred Heart decided to prioritize academics due to a lack of urgency that is very much needed in the SHP community.

Although there may be an absence of Sacred Heart students in public marches and on the streets, there are other ways that students have become activists on campus without missing classes. For the last two weeks, SHP teachers Mr. Kennedy and Mr. Judge have started putting on something of an in-school protest; instead of teaching a regular class on Fridays the two teachers have been educating students by either teaching about climate change or reading books concerning the issue. Mr. Kennedy noted that “some kids wanted to go [on the climate strike], but didn’t want to miss school, and that’s kind of the point; you have to give up something for the protest to be effective.”

Mr Kennedy and Mr. Judge are providing kids with what might be a more realistic form of activism for many students. Even though this is something that might have a smaller effect than a world-wide march, it’s still an opportunity for kids to act out without having to leave school. Mr. Kennedy and Mr. Judge are planning to continue these teach-ins during lunch every Friday between Homer and Campell for faculty and students who wish to participate.

Another way students have been participating on campus is through art. Students may have noticed the mural of posters about climate change that were up in the main entryway of the Campbell building. These posters were made by students who wanted their voice to be heard, and this was an easy way to do it. Gutierrez commented about the mural, saying that “even just taking baby steps on campus is so important.” Like the teach-ins, the mural is something that gives kids an outlet to acknowledge their beliefs and our world, and share that with other people.

Many events similar to the mural project has been led by students. In an interview with Dr. Whitcomb, SHP Principal, she explains that the school and administration are here to help students in their different endeavours in activism. They want the ideas and the actual action and work to come from the students. She says, “If you come to me, we are going to be right there to help, think it through, and. We are not, however, going to [say] ‘who wants to?’.”

Action and social justice are not only important for the world, but are also a part of our school identity. The RSCJ, or the Religious of the Sacred Heart, are based in caring about the world, and the people around them, as well as to speak out for what is right. Gutierrez sums this up by saying that we as students have to do a better job of  “internalizing what it means to be a Sacred Heart student, because if you think about… the RSCJ, the root of their whole institution is activism and social justice.”

It’s not only that the RSCJ is based in social justice, but also that the very nuns who live on our campus continue to act for world issues. Sister Kathleen Dolan, a nun of the RSCJ who recently renewed her vows, says that “I know many of our nuns throughout the country [who], when there is a march or a gathering, they have joined in too. So we’re pretty much involved; if nothing else in our concern and our prayer, but as much as we can, we get out there so that we’re seen, [and people know] that we care, and want a change.” The nuns of the RSCJ set a model for the students at the school, and it is their responsibility to follow the example of activism as students.

While students commit to being more socially and politically active, they must also remember the weight of the subjects that they are addressing. Mr. Carroll clarifies this by saying that “any activism we undertake, whether it’s advocating for imigration reform, or economic justice, or for peace, or environmental justice, is… always grounded in the profound respect and dignity of all people and creation.”  Overall, activism is highly encouraged by the administration in and out of school.

One of the most important parts of an effective activism, says Sister Dolan, is the ability to rely on one’s self and carry out a goal. She adds that “we can’t just put our heads in the sand and think that somebody else is going to take care of it, we all have to do our part.” Even if someone is only doing something small, compared to someone else, these small acts are just as important. To get anything done, many people need to act together, instead of the majority relying on others to do more work than themselves. This is the spirit of Sacred Heart when it comes to justice and activism.

Photo from the New Yorker 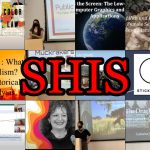 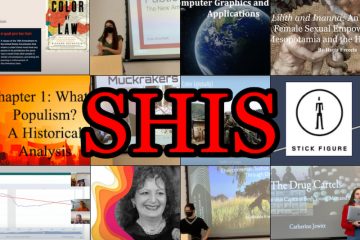